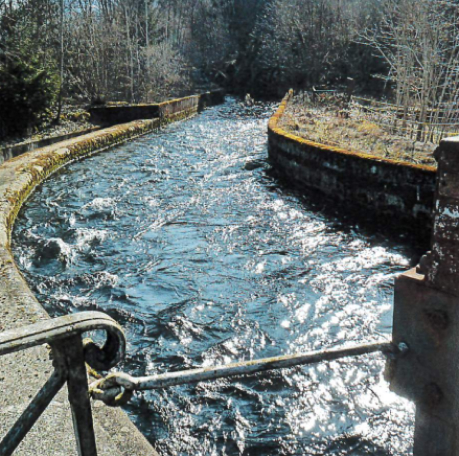 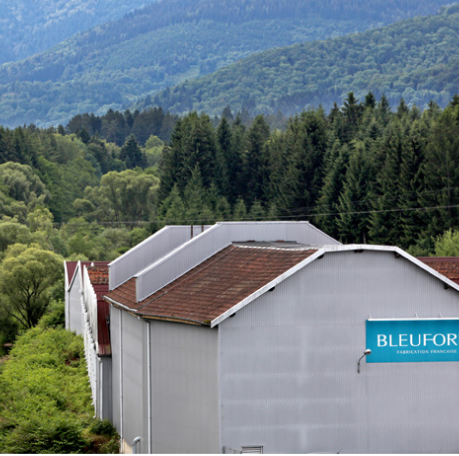 Long before ecology became a national issue, Tricotage des Vosges took steps to protect its natural site. Half of its energy consumption is self-generated by a powerful hydro-electric turbine, whose driving force is supplied by capturing the river branch.

A clean and economical energy, without CO2 emissions, which works on the model of the old installations from the beginning of the 20th century, which were already innovative for their time.

The use of dyed yarns eliminates the use of polluting dyes and chemical treatments. Our fibres are of French, Italian or German origin and are natural.

The steam production necessary for the forming of socks and tights is obtained from natural gas, with no unburned emissions or fuel residues. In addition, the new forming machines reduce energy consumption by 30%.

In order to fully preserve the Moselotte river and the forest environment of the Vosges, the production of tights and knee-highs in synthetic yarns is split in two: the knitting is carried out by the Vagney factory, while the dyeing of the unbleached products is installed in Romilly- sur-Seine (Aube), in the factory owned by Tricotage des Vosges since the acquisition of OLYMPIA. The dyeing workshop is equipped with low water consumption machines. The final discharge is treated by Veolia, in conjunction with the municipality's wastewater, in strict compliance with the regulations.

The various suppliers of Tricotage des Vosges (printers, cardboard manufacturers, etc.) are recruited within a radius of a few kilometres, in order to limit long journeys and their carbon footprint.

The scrupulous recycling of textile waste is carried out in conjunction with the furniture and automotive industries. Plastic waste (packaging) is recycled by the plastics industry. 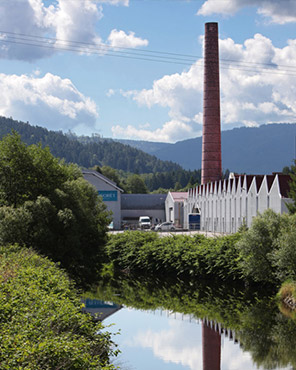 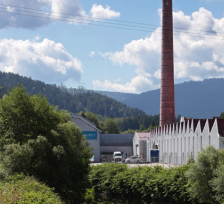 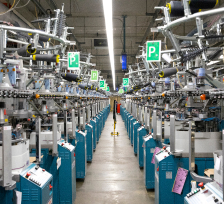 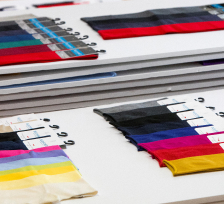